Probably everyone who have some interest in tropical destinations has already heard about the jewel of the Philippines - Boracay. A small island in province Aklan, one hour flight from Manila. The white sand beaches are one amongst the many other reasons why Boracay is placed almost every year in top 10 holiday destinations of the world. Beautiful pictures of luxurious hotels, blue water filled pools, white sand beaches, coconut palm trees, night bars and happy people enjoying their vacation are in every vacation brochure about the Philippines and all over the the Internet. However not everything there look as perfect as in these pictures.

I arrived to Boracay on 1st of January 2016, afternoon. Flight from Cebu to Caticlan, which is town with airport closest to the island, took approximately one hour. The weather was very hot so I couldn't wait to get into the air-conditioned room. I had to catch a tricycle to get from airport to local port, that can be a problem if too many people are leaving airport at the same time as there is not enough waiting space for tricycles to wait for passengers. The trip from airport to port took approximately 10 minutes. I had to buy the boat ticket, pay some environmental tax, which is called Boracay pass and then had to wait for a boat which took me from Caticlan port to Boracay Island. As same as in many other ports of favourite holiday destinations across the Philippines, there was many paid promoters offering accommodation in local hotels. From port I had to continue by tricycle again to take me to a small resort without a name yet.

The first impressions of the Boracay did not differ from those of other places in the Philippines I had visited so far. The main beach, divided into stations 1 to 3 look really amazing at early morning hours, however later during the day it was too overcrowded and honestly it has nothing special to offer in comparison to other places in the country of thousands of islands. 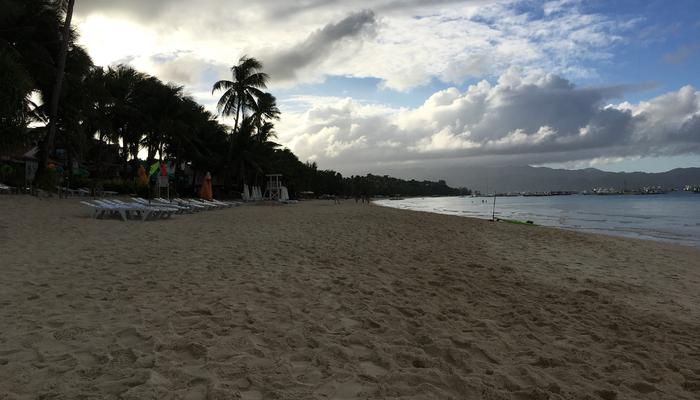 I was trying to rent a motor bike and drive around the island. But when I was told that bike rental cost 3000 pesos per day(about $60) I changed my mind very fast. Even in second most expensive city in the world like Sydney you can rent a medium class car for that price or even cheaper. Additionally the whole island is not longer than 5km(approx. 3miles) in its longest part so it would be easy to walk if I am not as lazy as I am.

Due to off-peak season, the local night life was not as rich as I thought as it is and generally everything was closed at midnight, while bartenders and staff started preparing for closing before 11:30. The prices were again a big surprise, 380 pesos ($8) for 330ml Stella Artois in a pub on the beach sitting in plastic chairs is just too much, not only for Philippines but would be too much anywhere else in the world unless you are drinking in a 5 star hotel.

During my stay on the island I spent most of the time on its west side, where the longest beach is located. One evening I decided to take a look at the east side and the beach there. I arrived at the place at approximately 7pm, it was already dark. To my big surprise, there was not a single person on the beach and all bars and restaurants were already closed or just closing. When I have seen there is nothing interesting I decided to go back but I wanted to try the other way. Since mobile signal on the island is quite poor and GPS does not work in all areas, I have got lost. After walking for about 30 minutes up the hill I have seen that this is not a way back so I returned back to the beach and stopped tricycle to take me back. 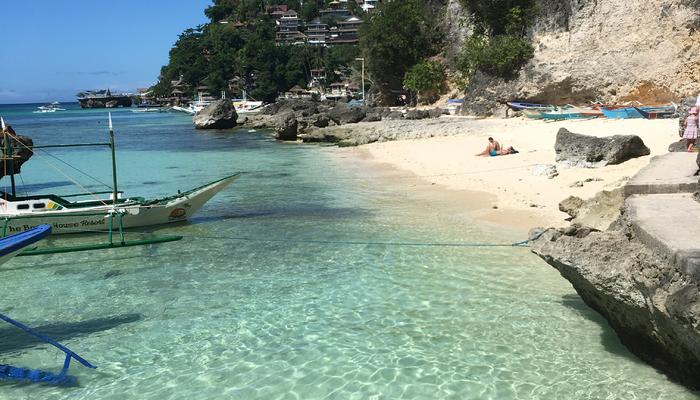 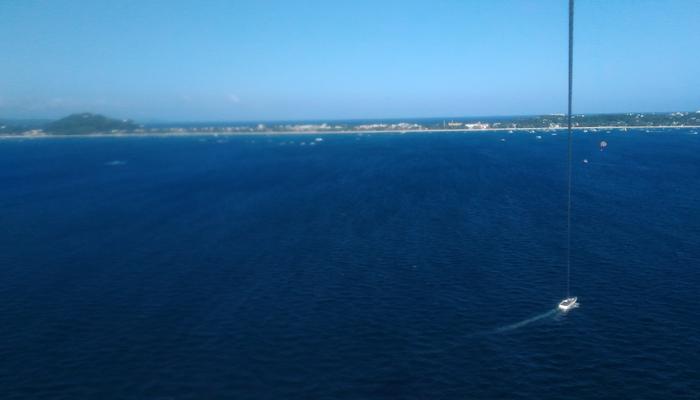 Few days before my departure I wanted to try some activities. These were for quite regular price unlike the other ones mentioned earlier. I booked parasailing and island hopping. Parasailing was really great experience, especially for me because I have big respect for heights. Unfortunately I missed my island hopping because I overslept departure. The other activities offered on the beach were helmet diving, scuba diving, luxury sailing, and some others. There is a lot to choose from.

To conclude my trip to Boracay Island in few words, it was nothing special. It was not bad but it was not as good as many people would think. It is a small island and there is really not much to do except of being lazy on an overcrowded beach. I have visited much nicer places in the Philippines which I would prefer much more than Boracay. Good to see and experience it but not planning to go back. At least not so soon.