On my fifth travel to the Philippines. I chosed Bohol, an island located south east of Cebu which is a part of the Visayas Islands. There are multiple ways how to get there depends from where you want to depart. If you're in Manila, you can fly by plane directly to Tagbilaran City, which is the biggest city on the island and province capital, or you can take it through Cebu and take the fast craft from there. Since I was arriving to Cebu for the first time, I began my trip there in one of the largest cities in the Philippines - Cebu. I had to take a fast craft departing from pier 3 of Cebu port and heading to Tagbilaran City. The boat trip cost 500 pesos per person, or if you prefer staying in airconditioned place, which is the way how you will miss beautiful scenery, then you have to upgrade and it will cost you around 600 pesos. I had to wait for almost an hour before the shuttle departed, so I sat at the cafe in the port (Tyke's Cafe) and waited there.

Once we boarded the shuttle, I took the seat at an open deck on the top which offered very good view on beautiful scenery during my whole trip. Watching the waves and the islands we passed by was quite good entertainment during the 2 hours trip and it made me feel like the trip was really very short. When we arrived in the Tagbilaran port, i have got surprised by a lot of tour offers. Well, since it is a huge business in Bohol, I should just have expected it. Many guys offered transport to the place where I booked or even range of accommodation offers was rich to choose from. Tricycles and taxis are the only available ways of transportation to your hotel in Bohol Island. Do not get scammed. I paid 100 for the tricycle going to my hotel (Crabhouse Inn just beside the Heritage Crabhouse Seafood Restaurant) which was only about 5 minutes ride by tricycle from the sea port.

During my first day there, I went to the Island city mall to find some places to eat, though I ended up bringing home 2 boxes of Pizza from Pizza Hut. Next couple of days I spent exploring the rea. I decided to go to Panglao Island as I have never been there. I rented a tricycle from Tagbilaran City to Panglao Island. I had an idea to rent a bike, but since I never tried to drive a bike yet, I decided to get a bike later in my next destination. There are many things to see in Panglao Island, I just haven't travelled much to see the whole Island (maybe on my next trip, just see), but I have had a great time anyway. I just took a walk at Alona beach and a short swimming when the sun started setting down. After the swimming time, I decided to grab something to eat, as I started to feel hungry. 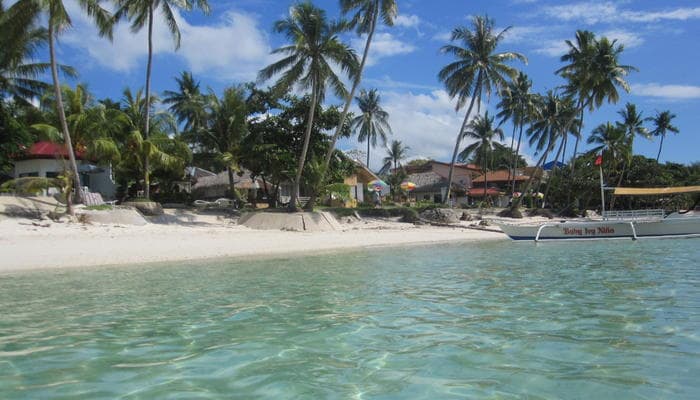 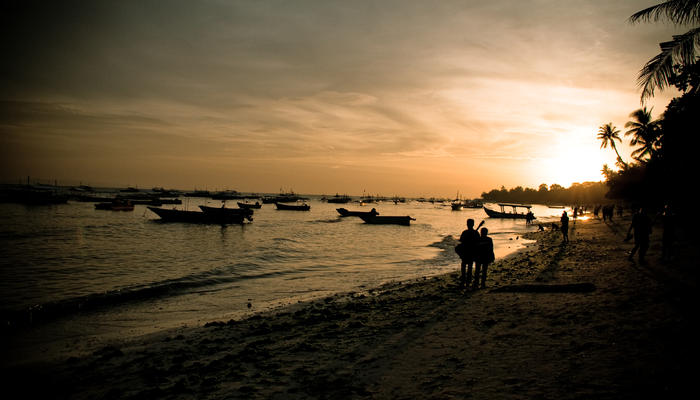 I can't describe Alona beach differently as it was so mesmerizing when it was getting dark and the restaurants are lighted up, and each table even had a candle light that time with my super hot and spicy buttered shrimp. As I was having my dinner on the beach, there were various people serenading guests including kids, some used a guitar or ukelele while they sang well known songs (the most favorite title sang mostly by kids was "I want to be a millionaire" haha). Who amazed me the most was a blind harp player, he played really good and he had a good voice that made me gave him 100 pesos (those kids will serenade you for some change, so don't forget to give at least some coins). After my serenaded dinner, I just decided to go back to the hotel as it was already 9 pm and I was afraid I can't catch a tricycle going back to the Crabhouse Inn later.

On my last day in Tagbilaran, I headed to the Bus terminal just near the Island City Mall as I was planning to go to Jagna. I took a van (V-hire) to transfer only about 65km to village in south-east part of Bohol Island and it took us almost 2 hours to reach the place where I booked - Paseo Del Mar resort, a small resort at the eastern end of Jagna village.

For my first day in Jagna (I arrived afternoon), I decided just to rest until I got hungry. I had a cottage directly on the beach with a small terrace facing the ocean. The owner of the place recommended me to look for Garden Cafe (most servers there are deaf, so be patient if you think they don't get what you talk, if you want something, or at least approach the counter) in the village as it was the only place that is still opened in Jagna at 8 pm that usually offers my typical foods. I was planning to get and rent a bike on my second day, for the price of 600 pesos per day. The bike rental had a higher price compared to prices in Tagbilaran or in Panglao because there are no many bike rentals offered in the area, therefore 600 was a fair good price. Sadly, I was not able to use the bike due to the very bad weather conditions as it was raining due to an occurrence of a typhoon and I was just too scared(LOL) to learn to drive a bike in such conditions. All my attempts to visit the Chocolate Hills always failed because of the bad weather. So I explored more of the village instead. 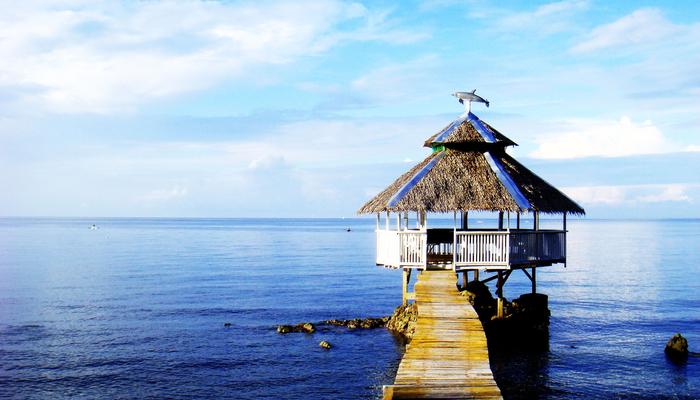 Jagna is just another ordinary but a very lovely village, I must say. Every weekend, they have the barbecue on sticks near the market hall if you are after some traditional Filipino food, I loved it of course! In case you run out of the cash, you really don't need to worry. The village have bank, you can pick up money from several ATMs and can even get money from any remittances such as Palawan Pawnshop, Cebuana Lhuillier, Henry Lhuillier, M Lhuillier, Western Union, Moneygram or others available.

Just a walking distance from the market, you can find Jagna Seaport. I was thinking to take a boat to Camiguin and checked what are the scheduled departures and arrivals and discovered that other destinations from Jagna port are available, too. There are regular trips to Cagayan de Oro, Butuan or to Nasipit in Agusan Del Norte. I know, those trips are all going to Mindanao, but they said it's safe there. Anyway due to the bad weather and the typhoon, the continuous raining for the whole week, I decided to postpone my trip to Camiguin but decided I should try it some other time. The weather wasn't that bad when I left Jagna going back to Tagbilaran to catch a boat going back to Cebu, because there was a flight waiting for Manila. Even the weather was being considerate by that time. Overall, my first trip in Bohol made me say "I will go back to explore more!"